This is a series of posts dedicated to independent and interesting videogame shops in the UK with a focus on those that sell retro/import games, both those that have perished and those that still survive today. We could always do with tip-offs of new or old places to cover, and would love to get memories or perspectives of the shops featured, so please take the time to comment. With the rise of the internet, dedicated retro videogame retailers are becoming scarcer and harder to find. This series will cover London for the most part since that’s where I’m based but I’m interested in other parts of the UK as well. This is the third post (check out the first on the deceased The Video Gallery in Islington and the second on the recently opened Crazy Thumbs in Tooting) and today we’re looking at Entertainment World in Sheldon, Birmingham.

Unless you happen to live in East Birmingham, Sheldon may seem rather out of the way just to visit a single shop. Given there’s another retro game shop, Gamesmart, in nearby Yardley (which I hope to cover in this series) you might wonder what Entertainment World does to stand out. Rest assured that it’s well worth a visit. You could easily spend hours simply browsing in here. 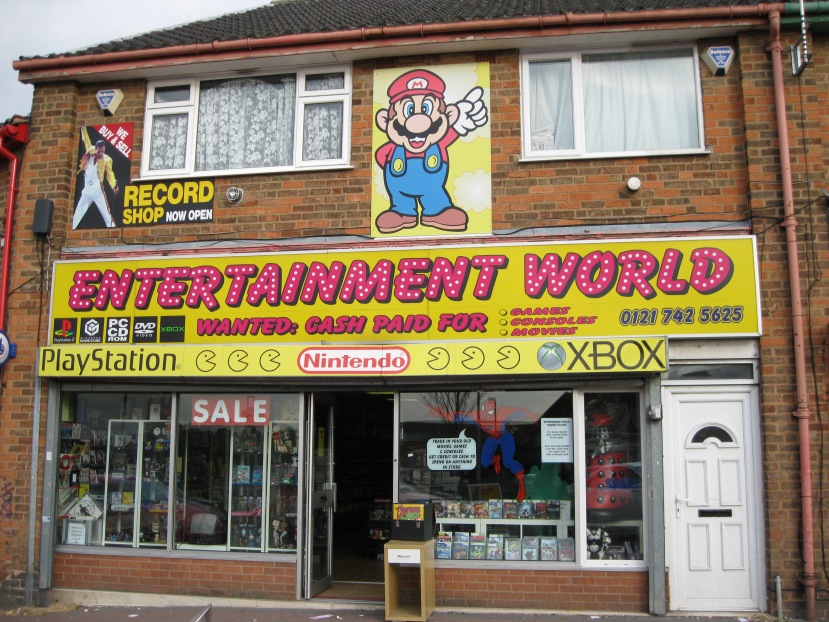 Even on a cloudy day, the phrase “you can’t miss it” definitely applies.

This shop was a bit of a nightmare to get to for us (directions below). But we did eventually find Entertainment World – you really can’t miss that shopfront. Walking in, I was surprised to say the least. Compared with the other game shops I know and love in London, Entertainment World has a very large amount of retail space. What’s more, even with all of that space, there are games stacked in every corner, in piles on the floor, and in towering glass cases. In certain parts it’s closer to a stock room than a shop. There’s just not enough space for all of those games to be on shelves without giving it the shelves up to the ceiling and foot ladder treatment! The mess is part of this shop’s charm for me (mileage may vary), and walking in to find such a treasure trove was an exciting, if daunting experience.

These cabinets are taller than me. And stacked on the reverse side, too!

Entertainment World seems to be a predominantly online operation, so it makes sense why it’s set up this way, with stock EVERYWHERE. Like Crazy Thumbs, this shop is predominantly (but not exclusively) retro so, naturally, PS2 and PS1 dominated the shelves. Beyond that there’s a good selection of games for Gamecube, Wii, Saturn, Master System, Megadrive, Dreamcast, Sega CD, Neo Geo, amongst many others… it’s easily the largest quantity of games I’ve ever seen in one location. Even more than that one retro game market I went to, which is pretty nuts to think about. If there’s a shortcoming here it’s that the games are PAL region – I didn’t spy any imports, although I didn’t ask specifically and could easily have missed them.

The hardest thing is orienting yourself. Speaking to the owner, Rob, we discovered the loose system behind the stacks of games. The front part of the shop (including those enormous glass display cases pictured in the above pic) is the equivalent of the unwashed masses, where you can lose yourself in offers like 3 for £5 and 5 for £7 for various games. The back half of the shop is more focused on the rarer and more sought after hardware and games. Since there’s no sorting by genre or alphabetically in any given section, it has that exciting market feel of searching for a bargain (definitely not for the faint-hearted!).

On my visit I was after some interesting Saturn stuff, and I wasn’t disappointed with the large selection, at decent prices too. On the PS1 side too, I was able to nab the cinematic platformer Heart of Darkness complete with 3D glasses and Strikers 1945 II (a rare PS1 shmup port that is superior to the Saturn) together for a tenner. The pricing is very reasonable as far as I could tell. 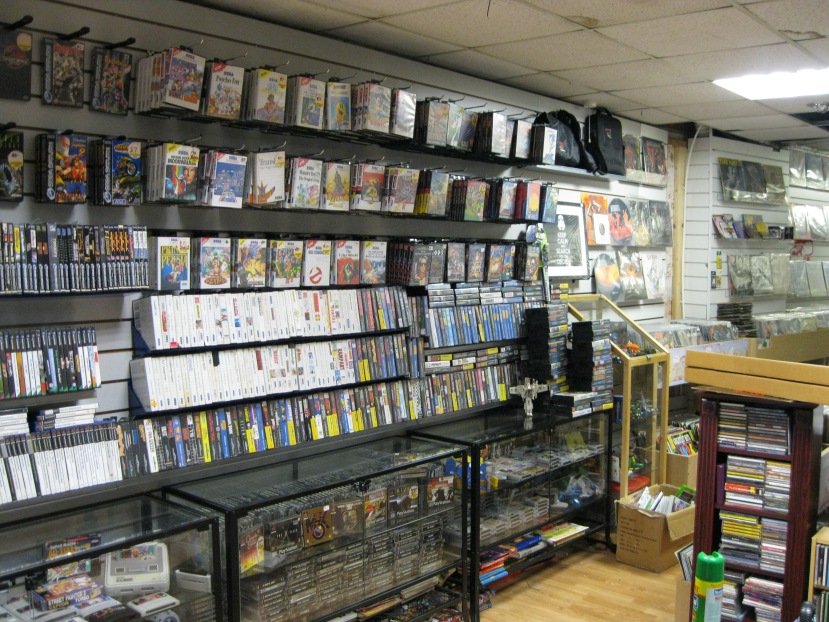 The other part of the shop which I haven’t mentioned yet is the vinyl collection at the very back. Speaking to Rob it was clearly a passion of his. I’m not into vinyl myself, but the unusual combination of videogames and vinyl in single location gives the whole shop a load of personality, so it feels like a genuine labour of love. Speaking of personality, there’s a definite welcoming atmosphere to the place. Rob was happy to natter with us about his 15 year or so history with the shop and the videogame retail scene today. Also, while we were there, a few local parent and kid combos came in after DVDs and games, so I got the sense that the shop is well frequented by local Sheldonians.

Directions to the shop: The nearest train station is Marston Green, which is located right next to Birmingham Airport’s airfield (handy for international visitors…!). After wandering off in the utterly wrong direction, we finally got on track and found the shop, an hour after we’d gotten out of the train station. Knowing what we do now about taking a shortcut via the park, it’s probably walkable in 20-30 mins, but we ain’t no locals. A more convenient route is via the 17 bus, which goes from Birmingham city centre and stops almost directly outside the shop.

All told, Entertainment World definitely gets the nod. It lives up to the promise of its name: it’s mental, it’s overwhelming, but well worth a visit for something different. There’s more photos from Entertainment World in the gallery below so check them out for a fuller glimpse of what’s on offer here. Finally, check out Entertainment World on Facebook to get info about prices, opening hours, regular updates on new stock, etc. 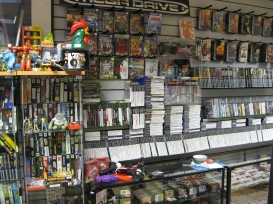 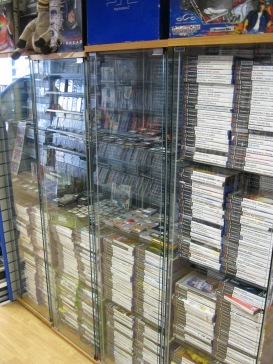