Zelda: Symphony of the Goddesses 2015 has come and gone in London. Many man tears were shed. The concert’s mix of big-screen montages of Zelda games and orchestral music melded so seamlessly that several times I forgot the orchestra were even there. What struck me during such forgetful moments was not so much the number of people at the concert – although the hall was jam-packed – but the sheer variety of people. I expected plenty of male teens, which there were, but there were also a surprising number of kids there with parents, and children-less adults, both male and female. And that set me off speculating about why the Zelda series is so popular with people worldwide, and how it has managed over the last 30 years to capture so many hearts and minds. Why is Zelda so good? What makes these games so timeless and universal in their appeal? Why are people so emotionally attached to the series, myself included? The video montages shown during the concert were really fascinating for what they chose to include – they tried, and succeeded in my opinion, in showcasing what makes Zelda so special and memorable as a series. 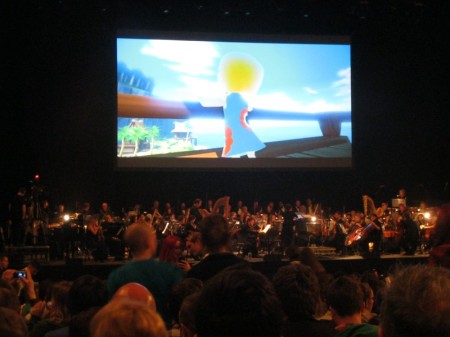 Two harps. A Zelda concert cannot function without at least one harp. Surprised there was no ocarina though…

As you’ve no doubt surmised by now (and from the title of this post), I’m not going to give a review or detailed run-down of the concert here – for that, try Stephen Totilo’s article. Instead, here are one humble blogger’s reflections on some of the themes of the Zelda series as a whole, and what makes them so timeless and universally appealing. 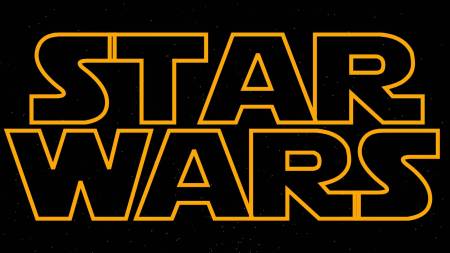 1. Zelda games are all about quest. Yes, it’s Joseph Campbell’s Hero with a Thousand Faces. It’s Star Wars. It’s fairytales. It’s good versus evil. You’re setting out on a journey which will see you transformed and transported in the process. The best games in the series and the most memorable moments of the games are tied to the quest narrative – receiving a task, setting out on the journey, meeting Ganondorf, growing in strength, becoming worthy of the Master Sword, rescuing Zelda, defeating Ganondorf. One of the most emotionally moving parts of Ocarina of Time the concert showcased is the scene of Link leaving the Kokiri Forest, and Saria delivering an emotional goodbye to the hero (plus handing him her Ocarina). Very clearly a case of the mythical hero setting out on his grand journey.

Skull Kid has plenty of friends when he’s not acting in Majora’s Mask. (Notice the awkward crop I had to do, so many friends…)

2. Majora’s Mask and Link’s Awakening are even bigger outliers in the series than I realised. Because they’re not quests. Majora’s Mask is about Skull Kid, and Link’s Awakening is about Kolohint Island and its inhabitants. Link is not the main focus here, and he doesn’t really transform or realise his potential as a hero as he goes through the game. You still get new items and abilities, but they’re by the by for the most part. There’s no rags to riches tale, no epic clash between good and evil – Link already got the riches and vanquished the evil in whatever game he starred in previously. For my money, Ocarina of Time is the perfect incarnation of the traditional quest in the Zelda series. And that is because, in large part, the game does a brilliant job of depicting an archetypal hero overcoming the odds, becoming empowered with the help of friends and eventually defeating evil. No fuss, no muss, and not too many distractions. My joint favourite game in the series, Majora’s Mask, is the perfect incarnation of a non-quest narrative Zelda. It’s a harrowing tale of Skull Kid abandoning his friends and threatening the land of Termina in the process.

Ya know I love ya babe, but…

3. Recent 3D Zeldas try and combine these two approaches. And the more recent games are not altogether successful as a result. A character like Midna in Twilight Princess is a genuinely interesting sidekick, but her story, while important, is not the focus of the game. And that’s a shame! She could’ve carried that game. Instead, fantastic as Midna is, she plays second fiddle – albeit a large second fiddle – to the tale of good and evil, as Link realises his potential as a hero, finds the Master Sword and fights Zant and Ganon, saves Zelda etc. I haven’t played enough of Skyward Sword and the recent handheld Zeldas to really comment on how they handle this issue, but as I came away from the Zelda concert my hope for the upcoming Wii U Zelda game is focus. Twilight Princess was baggy, with copious side characters and big dollops of padding. There should be side characters/sidequests, of course, but the focus in the main story needs to be clear and consistent from the word go. No mandatory rescuing kittens from trees, no detours to help Zora prince A marry Goron princess B, no helping sidekicks unless it is clearly relevant for Link and the main storyline. Or, if the game’s main focus is on someone or something other than Link, then the relevance of any quest to the game’s focal point must be established.

Do you have any particular hopes/wishes for the upcoming Zelda Wii U game? How do you feel about the directions the series has gone in in recent years?