Hello from the other side! Confession: I have been avoiding you all. I was deeply ashamed and needed time to heal. For about a month and half now, I’ve been contemplating changes to my AV setup and it snowballed into a kind of nerdy hysteria. Honestly, it’s been an emotional rollercoaster, and I’m finally ready to tell my story.

CRT, we had a lot of good times, and plenty of bad times. Flicky, you won’t be missed.

Until this past month I’d only ever gamed on CRT TVs. Yep, I’m talking about the thick “tube” style tellies. Given their size and weight, it’s always felt to me like “once you’ve got it, you can’t get rid of it”. And my JVC stuck around – since I picked it up for free from someone desperate to get it down the stairs and out of their house, it’s been a staunch companion for nearly eight years. So why upgrade? Well, I’ve gamed exclusively on non-HD consoles, I don’t watch any television programmes or HD content, so there never has been a compelling reason to upgrade…

2016 saw the introduction of HD consoles to the household: the PS3 and Wii U. And while both consoles can at least be used on a non-HD set, it quickly became apparent that certain games pose a challenge: games like GTA V and Xenoblade Chronicles X, for example, have tiny, borderline unreadable text on an SD set. (Upgrading cables to play in RGB helped but didn’t fix the problem, in both cases.) And on the PS3 many games run in 50hz or 4:3 mode when they shouldn’t – Katamari Forever, X:COM, Disgaea 3, and Eternal Sonata, to name a few – resulting in choppy performance/bordered games.

Just a rough mock-up of what Disgaea 3 looks like on a CRT TV.

Having recognised that my playing habits are increasingly skewing towards new-fangled HD games and consoles, I accepted that it might be time for a change. And so I sunk into an all-consuming, obsessive nightmare about what change might look like. It was a dark time and I didn’t know where to turn. LCD? Plasma? HD CRT? I was gone, well and truly gone. Off the deep end.

(What about input lag? What about contrast? What about screen burn-in? So many different factors to consider, all of them with no “perfect” solution at the bottom of rabbit hole, only “good enough”.)

There are so many twists and turns you’d throw up if I listed them all here – I know I nearly did – but a big turning point came with the realisation that my dream of “one TV to rule them all” just wasn’t going to happen. 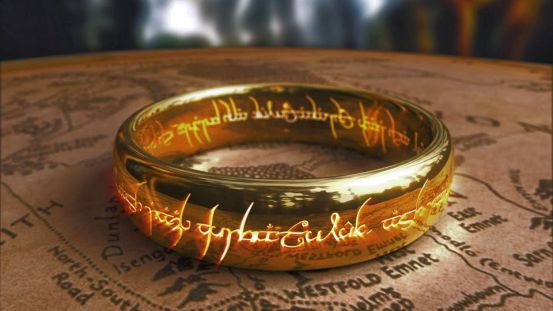 All the single CRTs…put your antenna up!

Everything I was reading and digesting on nerdy forums told me that old, analogue consoles and new, digital TVs do not make good bed-fellows. Unless you’re willing to splash out £200 on an RGB Framemeister, which I’m not, it seemed like an impossible gap to bridge. Unless, that is, you own more than one TV. 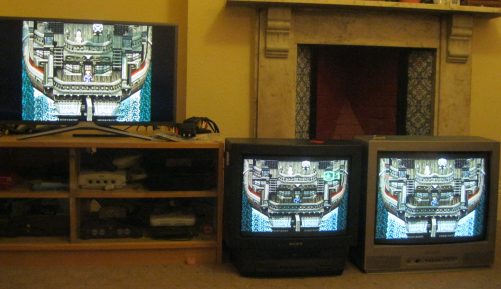 So, long story short, I went a bit mental. Yes, that image above shows two second hand CRTs and a new LCD running Alundra. Rest assured that I have since gotten rid of the TV on the right, leaving just the two – one for new games and one for old games.

More importantly than the TVs: I’m now sleeping again at night. How about you – what’s your TV set up? What depths have you sunk to in pursuit of the perfect gaming experience? How many loved ones have you alienated? Reassure me in the comments below!