This is one I’ve been waiting for, for many years it turns out. Not specifically for Cuphead per se, but for a follow up to my beloved Gunstar Heroes.

This post isn’t about Gunstar Heroes, but I need to wax lyrical about it for a moment. I adore that game. Solo and in co-op, it’s a fantastic experience. And for as much as I love other classic run ‘n’ gun series like Metal Slug and Contra, neither of those series have ever scratched the itch created by Gunstar. A big part of Gunstar’s charm is in the array of weird and wacky bosses constantly thrown your way. Seven Force, the boss of the minecart stage, is one of the most iconic bosses in all of gaming.

There are two main elements that make Gunstar Heroes so successful. First there’s the controls and mechanics, which are pitch perfect. The second element is more aesthetic, and to do with the sensory experience of playing, looking and hearing all at once. Gunstar Heroes, more than Contra, has a theatrical quality I enjoy. When one of the many bosses shows up, text announces their name and various attacks. There is the famous board game stage, where you roll die to cross the board and reach the end boss. The final level has all the villains watching you on a wall screen, so you see them coming one after another to cause trouble one last time.

What I’m getting at is Gunstar Heroes is charming as hell. And it plays like hell too.

These same traits are readily found in Cuphead, a game made up mostly of wacky boss fights. It’s easy to wax lyrical about Cuphead’s aesthetic properties but first I really have to emphasise that this game is mechanically completely sound. Strip away all the prettiness and there’s an excellent action game core that matches Contra, Metal Slug or indeed my beloved Gunstar Heroes. Hit detection, controls, shooting, it’s all spot on. Given the (deserved) rapturous applause around this game’s presentation, singling out its mechanics for praise is probably the biggest compliment I can give Cuphead.

Now about that presentation. I’ve never before played a pure action game that is so eminently inviting, so watchable by all. This is game that lives and breathes charm. It’s a conversation starter, a game that will draw in non-gamers to gawk. It helps of course that the game design is so utterly simple and accessible. All boss fights, David vs Goliath style, is not a concept that requires explanation. The attention to detail in the visuals and sound throughout is unreal, and the imagination with which the characters are animated is a joy to behold. On the rare occasions a boss goes down after just a handful of tries I’m disappointed as I want to savour their designs for longer. 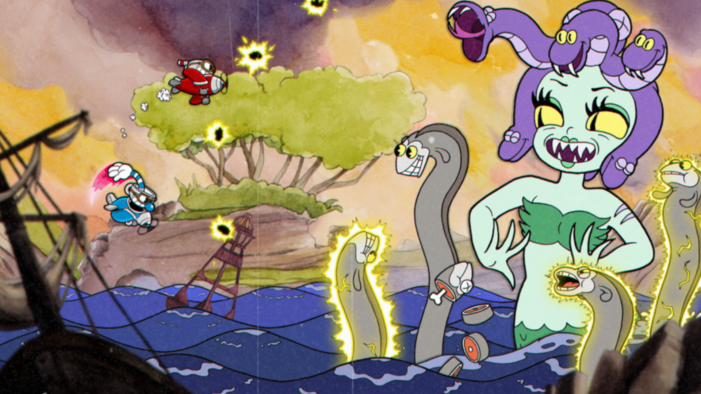 The images speak for themselves really so I won’t dwell on the obvious. By way of a conclusion, I will simply say: Cuphead perfectly marries new and old on every front. For starters its an absolute audiovisual delight, and a monumental HD tribute to classic animation and big band music of the 1930s. At the same time, Cuphead fully captures the classic gameplay of Gunstar Heroes or Contra in a simple overworld structure, as opposed to arcade-style credits.

The commercial and critical success Cuphead has found is exciting to me, to say the least. When I bought Cuphead on the Switch eShop just a few days ago, it was number one on the ‘All Games’ charts. Number one – above Smash Bros, Pokemon, New Super Mario Bros, Minecraft, Final Fantasy VII and the well over one thousand other titles on the eShop. And this is a challenging 2D run ‘n’ gun game – a genre that had its heyday in the late 80s and early 90s! The most recently released run ‘n’ gun games I played were Contra: Shattered Soldier and Alien Hominid on the PS2 for god’s sake!

Here’s hoping Cuphead’s widespread commercial and critical acclaim is the first of many successful revitalisations of this long dormant genre. In fact, I’m willing to bet on it… 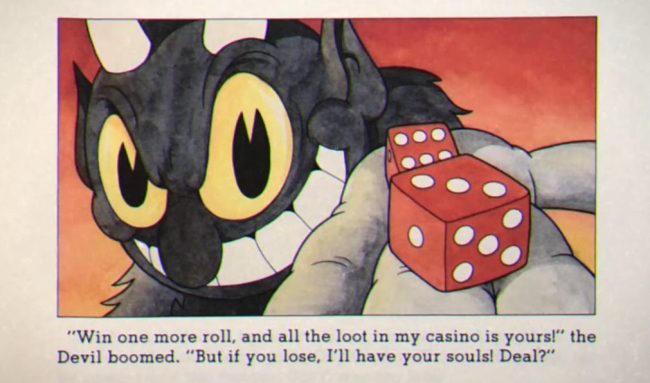 It’s a sure thing, right?