Hello reader. Hilarious and weird are the themes of the day, although this is the internet and that’s pretty much the average temperature round these parts.

In the hilarious category today, for your pleasure we have an absurdly funny and at times mind bending video of Charlie Brooker, the host of several TV shows in recent years, notably Gameswipe and How Videogames Changed the World, attempting to teach a stubborn Jon Snow to play videogames. It’s a long video but I urge you to watch the entire thing. Charlie Brooker is so earnest here, you can’t help but sympathise. This candid video reveals Jon Snow to be a true news reader – conservative and stubborn to the core, he appears to genuinely believe the rubbish he spews everyday on the news. Someone switch his news anchor switch to off! After this interview you can imagine them heading to a nearby restaurant, only for Snow to start up his horse-meat-in-ready-meals diatribe again, while everyone sighs until Snow leaves. He then hops in his private jet home because he heard that you’re more likely to die crossing the road than in a plane crash.

It’s pretty remarkable to find a grown man react to exploding Lego on-screen with “it’s violent and horrid”, “you think a child doesn’t think those are real people?”, “I’m told that people can watch these things for five hours a day!”, “they’re going through the psychological experience of killing people”. All the stereotypes are out in force then! That includes obligatory snide remarks about the number of men who play videogames in proportion to women. And Snow’s constant cynical interruptions are breathtakingly redundant: “I don’t watch videogames.” “So it’s a technological intrigue.” “You think I’ve had a sad and bereft life by not having dabbled in this stuff?” “I thought this was supposed to be state-of-the-art”. Brooker has the patience of a saint. 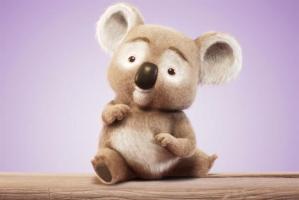 This koala does the adverts for some toilet paper junk, and he manages to make cleaning your bum cute and fun, which is no small feat. The advert below starring our dear koala bear here absolutely proves Brooker’s thesis that videogames have in fact changed the world. Videogames have changed how people wipe their bums forever! I yell “SOFT COMBO” every time I swipe now.

Thanks Cushelle and Charlie Brooker, and most of all videogames – you all get a big thumbs up!

What are the lessons here then other than Cushelle’s advocacy of basic hygiene? Brooker once called the news “the world’s longest running soap opera”. Great quote, but what does it mean? Well, for one, it means this video of Jon Snow is not about the launch of the Playstation 4 at all. The Playstation 4 is a rather clunky plot device, while the meat of the drama is the character study of one man, Snow, as he descends into madness and his job utterly consumes him. How can we trust the news with this unreliable narrator at the helm? We cannot. Now, everyone go out and buy Cushelle.* In conclusion, news = bad, advertising = good.