There are many accounts of what makes a given game great. And just as many about what makes a game appalling, terrible and an utter time-waster (go check out reviews for Bubsy 3D, Superman 64, Big Mutha Truckers and so on). The challenge with Sonic Adventure though is to consider what exactly makes it so… mediocre. Competent. So-so.

Trying to point to why exactly Sonic Adventure is so average has become a strangely compelling challenge for me. I complained in my post about Nights: Journey of Dreams about Sonic Team’s storytelling in the Sonic Adventure games, I whined on the most recent podcast episode that Sonic Adventure isn’t challenging (and for that reason isn’t memorable), but I’m still (sadly?) finding more left unsaid about the remarkable unremarkableness of this game.

Pics for this post (with two notable exceptions which should be obvious) are courtesy of a funny and often disturbing Tumblr, Awkward Sonic Photos. Highly recommended for your scrolling pleasure. Long live the hog-king. 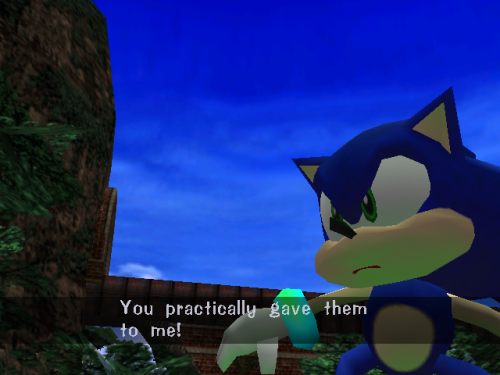 Sonic’s best Marlon Brando impression: “You practically gave them to me…on the day of my daughter’s wedding…”

The first Sonic Adventure is not a game I tried before, only the Gamecube remake of its sequel. I enjoyed it a lot, although going back to Sonic Adventure 2: Battle about a year ago, I felt like it’d aged considerably. I hope this post will help me work through some of that trauma. Playing through Sonic Adventure, I have to say I’m continually struck by this game’s roughness in certain areas. It’s to the point where the game feels unfinished. Probably the worst thing – a small thing, but telling – is that you can barely walk anywhere in the hub world without “snagging” on some object (sometimes visible, sometimes not), resulting in Sonic erupting in a flurried epileptic fit. Clearly there should be an animation when Sonic presses up against something – a wall or object – but the developers forgot or neglected to include one. Mario hugs the wall, remember? But Sonic…he does unspeakable things to the wall. It’s these small touches that make all the difference.

The same issue is present in the levels too, but it’s rarely noticeable since you’re usually racing or dashing in an appropriately Sonic-like fashion. But in the hub world you can’t help but notice – you’re roving. There’s a slow and usually awkward exploration between every action level that takes place in that damn hub world. You can tell what they were going for – the equivalent of Mario 64’s castle, only tarted up with a cityscape, cars, human inhabitants, and set to appropriately cheesy but XTREME guitar-driven music. Look closely though (not really that closely, maybe for a good 5 seconds) and those small differences put Mario 64 in a class of its own by comparison. And so, while Mario 64 players get to experience the life of royal luxury in the form of a well constructed hub world, Sonic Adventure’s tedious hub world ends up feeling more like a red light district. It’s seedy, destitute and just plain wrong. 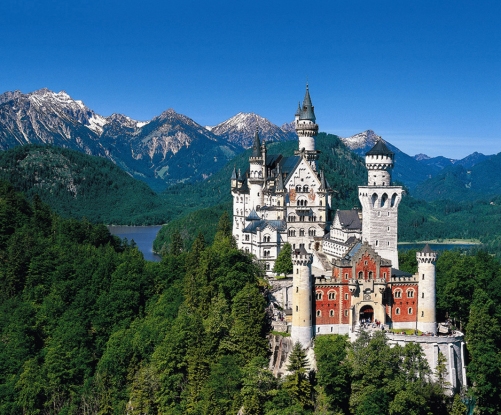 As this HD screenshot from the upcoming Super Mario 64 remake shows, Peach’s castle is mightily impressive. Mario is one classy bloke… 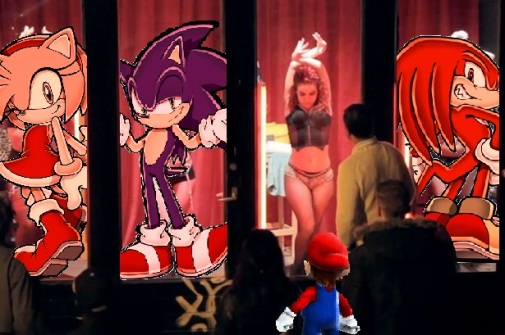 …but even Mario needs some fast action from Sonic and friends sometimes. Welcome to the world of Sonic Adventure.

It’s not that I want Sonic Adventure to be the same as Mario 64, to look the same, sound the same or even play the same, it’s that I want Sonic to feel similarly well put-together – like someone cared enough to put some polish on the product. When I try and move from the hotel swimming pool onto the beach to look around, I’m blocked by an inexplicable invisible wall. And then Sonic goes into his massive seizure routine. If I can’t get onto that beach there, why not put a visible wall there, or a fence, instead of making it look open and accessible? It gets especially ridiculous because the game practically invites you to find these things: you have to look for secrets in the hub world. But along with the designated secret areas, there are at least ten other places that look like they should be secret or at least accessible areas, until you try it and Sonic’s doing his unspeakable-business-electro-shock imitation yet again.

Complaining about invisible walls, dodgy hit detection or a missing animation probably sounds like nit-picking, but really the problem is what these small negatives can achieve when combined. The issues multiply, pile up and eventually stain my impression of the game. And there’s no shortage of niggles in Sonic Adventure which whiff of amateurishness. Another example: why is it that the music restarts when I pass from one section of the hub world to another, even though both places have the same music? You might hear the same piece restart 10 times in a row as you pass through various areas. It’d be like if in Mario 64 every time you passed through a door in the castle, the iconic castle music restarted. The castle theme would no longer be iconic, right!? It’s absurd to even think about. But that’s what Sonic Adventure does. It gives you the constant sense that, even if something isn’t going wrong at that moment, something will inevitably go wrong shortly, and any smoothness you’re currently experiencing is only temporary. 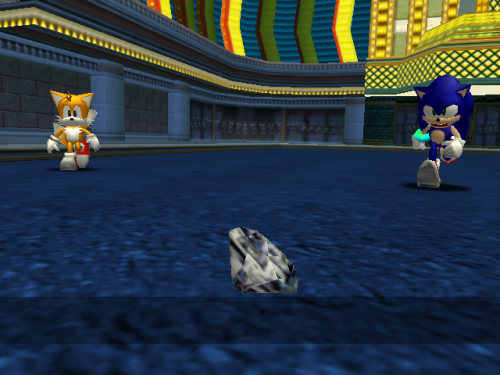 “Hey Sonic, that good game is getting away!”

I’m sure there are some out there who can see a good game in Sonic Adventure but I just can’t see it, I’m so blinded by bad decisions. It’s incredible to me that such an unpolished product could come from the same Sonic Team that developed classics like Nights into Dreams, Burning Rangers, Phantasy Star Online and Chu Chu Rocket. Sonic Team’s name may be scoff-worthy now, but their track record in the Saturn and Dreamcast days was impressive to say the least.

So those are some small things that annoyed me about Sonic Adventure to the point of ranting and raving. But I have to wonder if it’s just me that finds these particular traits irritating. Over on Stefan Grasso’s blog, he calls Sonic Adventure ‘a great game’, a position I obviously have issues with. There’s also been plenty said and written about the camera in this game being dodgy or annoying – but personally I don’t have a problem with it. It’s not something I ever really notice. I don’t know if there’s something about Sonic Adventure that makes it especially divisive, or if this is just one case like so many others where every person has different reasons for liking or disliking a game. There’s the cliched way of looking at it: different strokes for different folks, one man’s rubbish is another man’s gold. And it’s demonstrably true that no matter how seemingly bad a game is, it will have at least one ardent defender to every million who ridicule it. Just look how much pleasure this guy, Ulillillia, gets from Bubsy 3D. I only wish I could get as much pleasure from Sonic Adventure, see the flaws I outlined as proof of the game’s ultimate perfection, and become similarly expert after playing for 500 hours (sleep is for wimps). Long live the hog-king.